Studies on migration in Nepal primarily focused on the causes of migration, in general. While a few studies examined the remittances received or sent by migrants, there is little information about the variation in remittances received by households by migrant’s destination. Thus, this exploratory study attempts to answer: Does the extent to which households receive remittances vary by migrant’s destination? Using the data collected in 2013 from the western Chitwan Valley of Nepal, the findings from multivariate analysis reveal that net of controls, both the receipt (whether a household received any remittance or not) as well as the amount of remittances received by a household varied by migrant’s destination. Evidence suggests that households are less likely to receive remittances from migrants working in India (a country of low earning potential) as compared to those working in Nepal. On the other hand, households received significantly more amount of remittances from migrants working in countries with high earning potentials (such as Middle East, East or South East Asia, and America, Australia and Europe) as compared to the domestic migrants who were working inside of Nepal but outside of Chitwan. Adjusting for other factors, the largest amount of remittances was received from migrants working in the East or South East Asian countries (e.g. South Korea, Malaysia, Japan) followed by those in America, Australia, and Europe and the Middle East. The insights gained from this exploratory study are discussed.

Prem Bhandari, Population Studies Center at the University of Michigan

Bhandari, Prem PhD, is a Social Demographer. He has earned PhD in Rural Sociology and Demography from the Pennsylvania State University, Pennsylvania. Bhandari is currently working at the Population Studies Center at the University of Michigan. His research focuses on the socioeconomic and cultural determinants of human fertility, migration and remittances, and population health in developing countries. Other areas include rural social change, population and environment relationships, and social research methods. He has published several papers in peer-reviewed journals. He is also an occasional reviewer of a dozen of international peer-reviewed journals 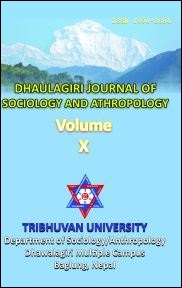