This is a case study of a pioneering airlines company in the Nepalese aviation sector. The airlines came into full operation in 1997 by flying a brand new Beachcraft-1900D for a regular sightseeing to Mount Everest. When the airlines entered the field which was opened for the private sector by the government of Nepal in the early nineties, the country’s nascent aviation sector was in a state of take-off attracting a growing number of airline companies. Despite tough competition, the company expanded its fleet from a single aircraft to seven in number in 10 years of its operation. In 2008, the company purchased two ATR-42 aircrafts under the financial assistance of the International Finance Corporations (IFC/World Bank) and added a 70-seat ATR 72-212 in June 2010. With a range of aircrafts in its fleet, Buddha Air has today spread its wings to 13 destinations, including two international (1 seasonal and 1 charter flight) and 11 domestic destinations.

After more than two decades of its service to the country’s civil aviation and tourism sector, Buddha Air was recognized as “the most successful airlines” for its sustained growth as well as for the safety and satisfaction of its customers. However, it had tackled with the price war in the face of higher cost of operations as a result of the increased number of airlines in this sector. Recalling the difficult situation due to the indiscriminate price competition, the Managing Director of the airlines, said that the pricing strategy was challenging and there was a strong urge for an unfair price competition from the rivals. “The low cost strategy as pursued by our competitors was not appropriate for our company as we had relatively higher cost of operation as we owned bigger aircrafts,” he said. While the price war remained a major hurdle in its operation, an attempt to venture into international flights was another challenge it encountered for the sustained growth of the airlines. 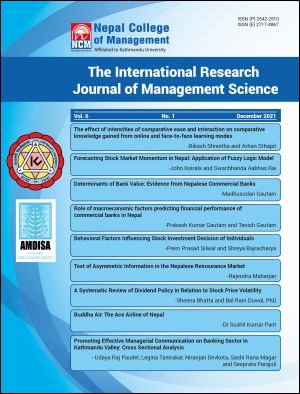