This paper deals with the toxicity of Aldrin to two freshwater fishes, Heteropneustes fossilis (Bloch) and Channa orientalis (Bloch and Schneider) to determine the acute toxicity. The LC50 values were obtained by using a static bioassay method for a period of 24, 48, 72 and 96-hour intervals. The LC50 values of Aldrin to H. fossilis were found to be 45, 35, 30 and 25.5 ppm and to C. orientalis to be 55, 35, 30 and 27 ppm for 24, 48, 72 and 96 hours, respectively. A profuse mucus secretion was evident at higher concentrations as compared to lower ones. In different test solutions, the fishes got excited showing frequent swimming, with increased opercular movements and frequent visit to water surface for gulping atmospheric air. The colour of the fish faded on gradually. Later, the fish became sluggish, settled down at the bottom and died. 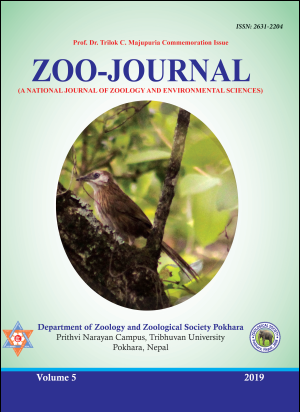