Transforming the Self in South Asia: A Study of Religion in BP Koirala’s Sumnima and RK Narayan’s The Guide

This paper analyzes the self-transformation process in Sumnima by BP Koirala and The Guide by RK Narayan, which have been discussed in terms of religion. Both the writers belong to the South Asian Hindu community and focus on the religious change that has played an important role in the life of their characters. In Koirala’s Sumnima, Somdatta, the central character, realizes the state of equality transforming himself from his identity of Brahmin and bestows love to Sumnima, a girl from the Kirat community. Transforming himself from his orthodox Hindu culture, he performs the role of Bhilla for reviving pleasures. In Narayan’s The Guide, the protagonist Raju ultimately turns as a saint (sadhu) from his role of a railway guide, a businessman, a good lover, a corrupt guy and a prisoner. In both novels, religion has played a key role to transcend the role of the characters and finally transform inwardly. The concept of self and the process of religious transformation have been used as theoretical tools to explore these novels. The findings provide evidence that religion in a true sense enables the human beings to transcend many kinds of human bondages and self-transformation. In both novels, the protagonists detach themselves from the material world and change inwardly realizing the self. They ultimately transcend material comfort for the liberation of their beliefs, undergoing different stages of their lives. In Sumnima, Somdatta gives up his religious ideas for the transformation of his self, but in The Guide, Raju transforms himself following ritual practices and becomes a saint. 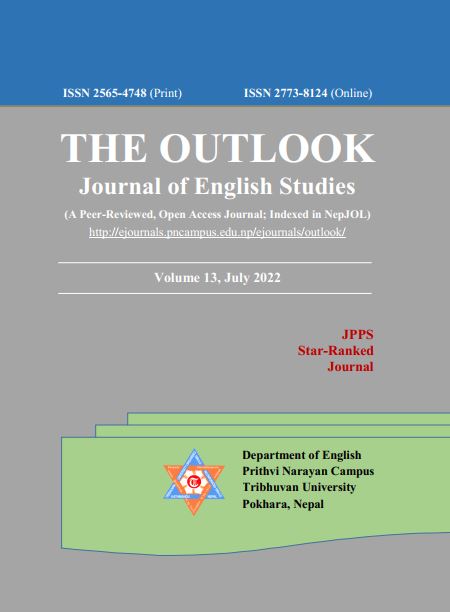