The Theme of Resistance in Rabindranath Tagore’s Malini: A Humanistic Perspective

This paper explores the themes of resistance emerged in a Hindu kingdom after the pervasion of a new religion namely the Buddhism in Rabindranath Tagore’s play Malini. The primary conflict arises when princess Malini follows the Buddhism in the land of orthodox Hindus. Her conversion and the conflicts that it drives, thus, is the major issue of this paper that invites a systematic exploration with the perspective of resistance theory. The ground of resistance solidifies with the oppositional feelings, beliefs, and the milieu of rebellions. Thus, these inciting aspects are enough to give birth to the resistance. As a qualitative applied research, this paper draws on ideas and theories of resistance postulated by the scholars like Kasper Masse, Miguel Tamen, Jocelyn A. Hollander, and Rachel L. Einwohner to observe the revolt and resistance in the play. Malini and Kemankar stand as the representatives of their respective religious ideologies, and their struggles against the “power bloc” expose the nature of the resistance. This resistance remains as the harbinger to spread the voice of humanity throughout the world. Tagore's idea of universal humanism sustains if only the religious dogmatism and fanaticism stop to judge, discriminate, and lynch people. It is only the resistance to such dogmatism that gives birth to the voice of humanity when the rationality rules the world. 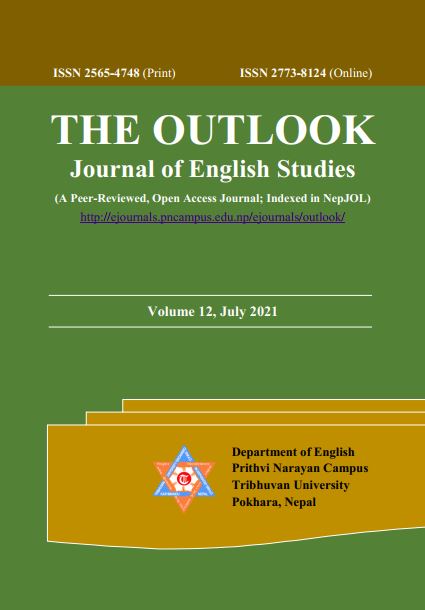 © The authors and Department of English, Prithvi Narayan Campus