Assam is the home of different ethnic groups with a variety of cultures and speaking different languages and dialects. The population of Assam consists of the inhabitants who migrated into the region at various periods of history from Tibet, Burma, Thailand and Bengal etc. Over time they got integrated as a population and have given birth to the greater Assamese nation. The amalgamated Assamese identity was initiated by the Great Saint Mahapurush Srimanta Sankardeva with his Neo-Vaishnavite Movement. The movement evolved new institutions of Satra and Namghar which began to serve not only as the instrument spreading the faith, but also helped to sustain and to stabilize Vaishnavism by making it a part and parcel of Assamese social and cultural life.Though Neo Vaishnavism was a religious movement but it has defined the culture of Assam & has its bearing on the livelihood. As the doyen of cultural renaissance and harbinger of Bhakti Movement, Sankardeva took on the orthodox elements of the society and introduced cultural initiatives like Bhaonas & Borgeet etc which had in actual defined the Assamese identity With its dynamic philosophy of inclusiveness Sankardeva’s Neo-Vaishnavism has given birth to a new Cultural Nationalism focused on a national identity shaped by cultural traditions and language, not on the concept of common ancestry or race. The Cultural Nationalism was brought forward to the indigenous people with the help of Satras and Namghar which has a major role to play in the preservation and development of the indigenous culture of the region.The paper is an attempt to study the role of the institutions of Neo Vaishnavism, the Satra & Namghar in the evolution of genesis of Assamese identity and its inclusiveness in nation building. The managerial structure and operations of the Satra shall also be explored in the perspective of its position in the modern Assamese Society in the study. The paper shall go in toe area wherein in the genesis of the Assamese Identity, the Namghar is one of the major pole bearers, playing the multi-faceted role of Cultural Centre, Proto-type Panchayat, and Forum for Decentralized Planning and Decision-making.The paper is also an attempt to understand the impact of Neo-Vaisnavism on the Economic Organization of the society along with the role of women and their empowerment for the sustainable development of a progressive & egalitarian Assamese. Key Words- Cultural Renaissance, Inclusiveness, Nation 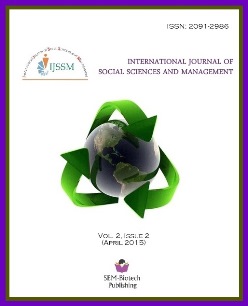