On April 25, 2015, Nepal was hit by a massive earthquake. Thousands of lives were lost. Extensive damage to infrastructure and property was reported. Using 30 interviews, I firstly examine how the people survived in the early days of the disaster. Secondly, I discuss how the citizens of Nepal, perceived democracy as a political system that is still novel for them, in the aftermath of the crisis. The interviewees reflected on the government’s response to the earthquake. Evidently, the study highlights the disjuncture between the kinds of relief a democratic state is expected to provide for the citizens and the state’s actual response to the needs of the earthquake survivors. Nepal has adopted democracy since 1990, however, it has failed to deliver on its promises, and people are thus ambivalent about the system. However, in the final analysis, it becomes apparent that people are unwilling to revert back to the old autocratic system. The conclusions of the study compel one to consider certain social processes. What affects citizens’ expectations of their government in the aftermath of a major disaster is contingent upon how states have acted in normal times. The state’s response to disasters might be influenced by what citizens expect from the state in the first place, thus, leading to a self-fulfilling prophecy. Finally, a democratic society is preferred by most, and the only way for the government to be more robust is to compel the leaders to adhere to the laws and regulations and operate according: those who break the laws must be made accountable.

Isha Sharma,  holds Ph.D. in Sociology specializing in political economy from the University of Massachusetts, Amherst USA. At present, she is an Associate Professor in the Department of Sociology & Anthropology at Mount Royal University Calgary Alberta Canada. She has taught in various institutions in both the United States and Canada. She is interested in the areas of inequality and economic sociology. She also teaches a variety of courses in Classical Social Theory, Sociology of Development, Economic Sociology and Sociology of Food. 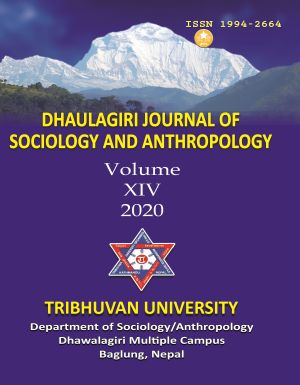